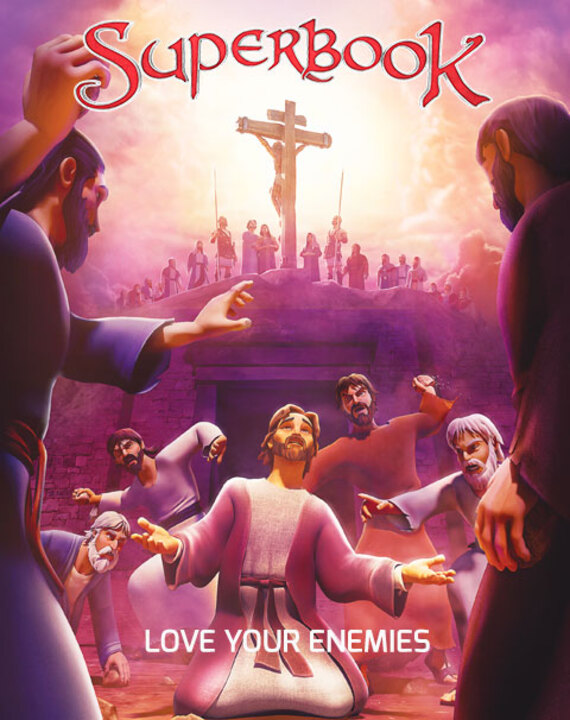 Chris has become a star on the church’s soccer team during its winning season. He now has a shot at making the regional All Stars. During tryouts, he is verbally and physically harassed because of his Christianity and Chris’ first reaction is to fight back.

Superbook whisks the kids back to the Garden of Gethsemane where they witness Jesus’ arrest and how He heals a servant’s wound. They hear Jesus’ words of forgiveness for his enemies as He dies on the cross. A time swirl moves them forward in time to witness the trial of Stephen and then watch helplessly as he is stoned by an angry mob. As Jesus did, Stephen forgives his enemies as he dies.

Returning to the All-Star tryouts, Chris understands how he needs to respond. He asks God for the strength and wisdom to reflect Christ. In a key skill test on the soccer field, Chris helps the boy who taunted him and begins to share Jesus and the Bible. Matthew 5:44

What other people think about my beliefs shouldn't change how I feel about myself because I am a child of God.

Should I say "thou" and "thee" when I pray to God?